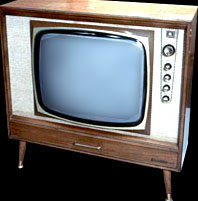 Barcelona: Leading a stateless nation ((From a Rick Steves article for CNN ))

Barcelona is Spain's second city and the capital of the proud and distinct region of Catalonia. With Francisco Franco's fascism now long gone, Catalonia's creative and independent spirit is on a roll. Many visitors find this to be Spain's most cosmopolitan and vibrant corner.

In Barcelona a local told me "Catalonia is Spain's Quebec." Traveling here you see how the people of Catalonia have an affinity for other "stateless nations." Locals don't like to call their corner of Iberia a "region" of Spain -- that's what Franco called it.

They stress that they are a "nation without a state." And they have an affinity for other people who didn't get their independence when they drew the national boundaries. They live in solidarity with other stateless nations, finding Basque or Galician bars a little more appealing than your run-of-the-mill Spanish ones.

Barcelona has a rich history: Roman colony, a Dark Age Visigothic capital, and a 14th-century maritime power. And beyond its great sights, be sure to appreciate the city's elegant sense of style and Mediterranean knack for good living.

The city's main square, Placa Catalunya, is the center of the world for 7 million Catalan people, a lively scene throughout the day. The square is decorated with statues honoring important Catalans. Catalonia has its own distinct language, history, and flag, which locals fly proudly next to Spain's on government buildings and all alone from their apartments.

Catalonia has often been at odds with the central Spanish government in Madrid. Back in the '30s this area was one of the last pockets of resistance against the fascist dictator Francisco Franco. When Franco finally took power he punished the region with four decades of repression. During that time, locals were prohibited from flying their flag. To show their national spirit, they flew the flag of the Barcelona soccer team instead.

Even Barcelona's ATMs are in solidarity with the European family of "Stateless Nations." They offer the correct choice of languages: Along with Angles, Frances, and Castella (Spanish), you'll always find Gallec, Euskera and Catalan. Even though there's likely not a person a year who would speak only Gallec (from Galicia in northwest Spain) or Euskera (from the Basque country), they give them the linguistic respect they would hope for in a foreign land.

Each Sunday Barcelonans gather in front of their cathedral to celebrate their community by dancing the traditional Sardana. Traditional instruments, which evoke the struggle these people have waged through the centuries to keep their culture alive, sound sweet (I think only) to Catalan ears.

The Catalan language is irrevocably tied to the history and spirit of the Catalan people. Since the end of the Franco era in the mid-1970s, the language has enjoyed a huge resurgence. It's the language of the local schools and, today, children here speak Catalan first, Spanish second.

A recent affluence has elevated the city. There's barely a hint of danger in the once frightening Gothic Quarter. I remember the city's main boulevard, the Ramblas, when it was rich at the top and very rough at the port. Lurid prostitutes would line the street where it finally hit the harbor.

Today, the Ramblas is rich at the top and rich at the port and the holes ground by anxious high heels into the stone thresholds of brothel doorways are the only things left of the prostitutes.

The toughest thing surviving on the Ramblas are the roving gangs of thugs who run the high-energy, extremely twitchy shell games. With spotters uphill and downhill, and a full team of shills, nervous men scoot their dodgy peas. It's amazing there are enough fools on the streets to keep them in business.

While souvenir shops and crowds of tourists have diluted the Ramblas' former elegance, it still offers an entertaining place to see the carnival of Barcelona life. But pay attention. Wherever people stop to gawk, pickpockets are at work. I think you're as likely to have your pocket picked in Barcelona, especially here on the Ramblas, as anywhere else in Europe. If you stop for any commotion or spectacle, put your hands in your pockets before someone else does.

And Barcelona offers edible travel thrills, too. Pimiento de Padron (or in Catalan, Pebrots de Padro), lightly fried peppers salted and served piping hot, are a kind of Russian roulette for the taste buds. Eager eaters know that every once in a while you hit a super spicy pepper. Munching through a plate of peppers while watching the paseo filling the street in front of my little table, I was starting to understand the passion people have for this great city.